It’s something we’re proud of

New York, NY  – The winners of The Communicator Awards have been announced by the International Academy of the Audio and Visual Arts today. With thousands of entries received from across the US and around the world, the Communicator Awards is the largest and most competitive awards program honoring the creative excellence for communications professionals. 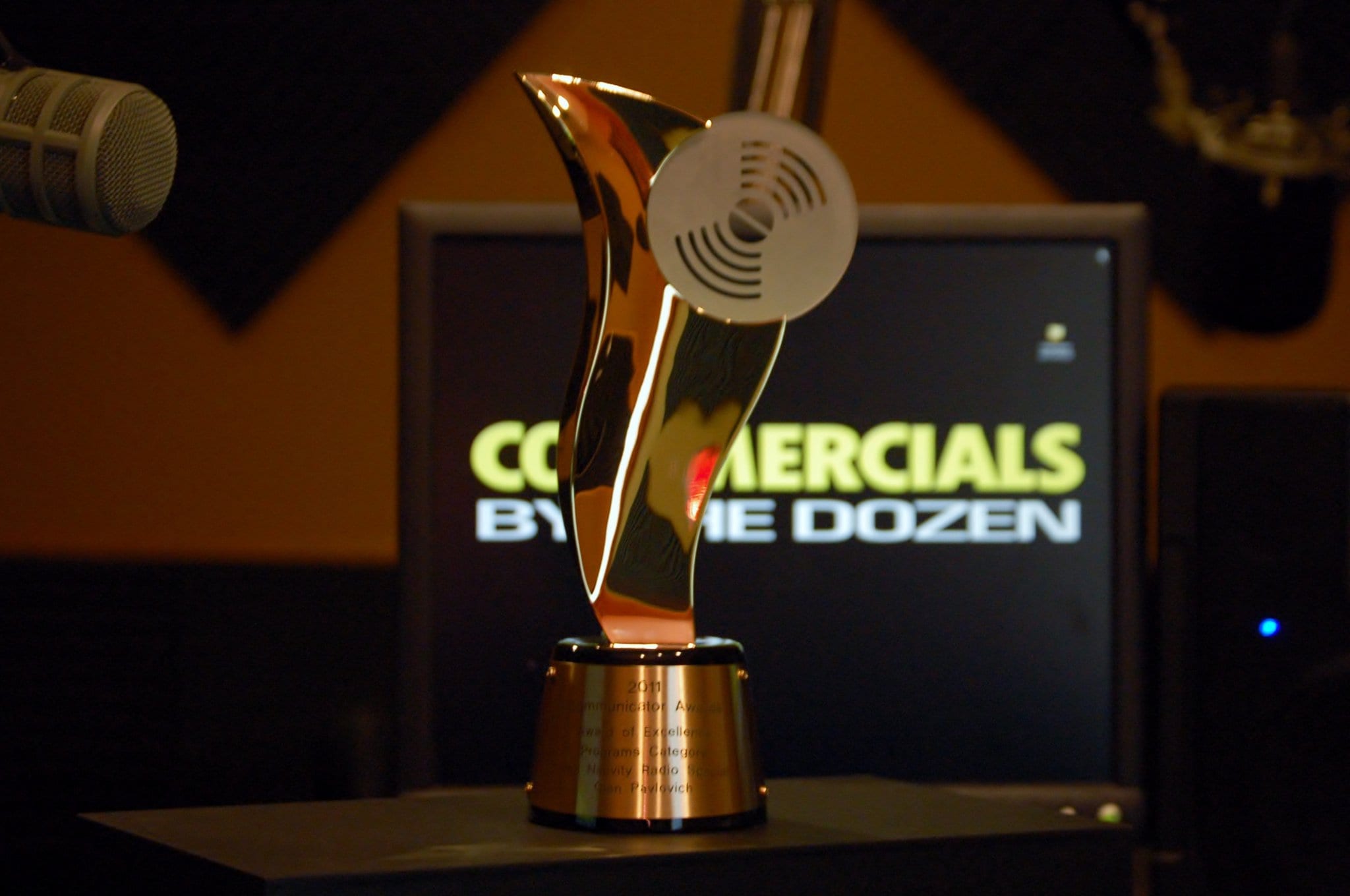 Glen Pavlovich of Commercials By The Dozen, a radio production company which creates commercials and programming for over 200 radio stations in the United States, received the highest honor available for the radio program “The Nativity Story”.

Pavlovich commented on the award-winning program, “The Nativity Story is the telling of Christ’s birth combined with traditional and magnificent musical selections that enhance the story. We produced the hour-long program for Christmas distribution in 2009, several stations across the country picked it up. Winning the Communicator Award is very gratifying.”

“As we continue our mission to honor Creative Excellence for Communication Professionals, we were once again amazed at the high level of work we received for this year’s Communicator Awards. With this year’s entries, we found an increased awareness and reflection of the digital world in which we live, and our entrants always seem to find new and creative ways to push the envelope of possibilities across all mediums” noted Linda Day, director of the IAVA. She added, “We are honored to witness the amazing work being done throughout the industry and want to commend and congratulate this year’s Communicator Award Winners and Entrants for their hard work and dedication. On behalf of the entire Academy – Job well .”

About The Communicator Awards:

The Communicator Awards is sanctioned and judged by the International Academy of the Visual Arts, an invitation-only body consisting of top-tier professionals from a “Who’s Who” of acclaimed media, advertising, and marketing firms. Please visit www.iavisarts.org for a full member list and more information.